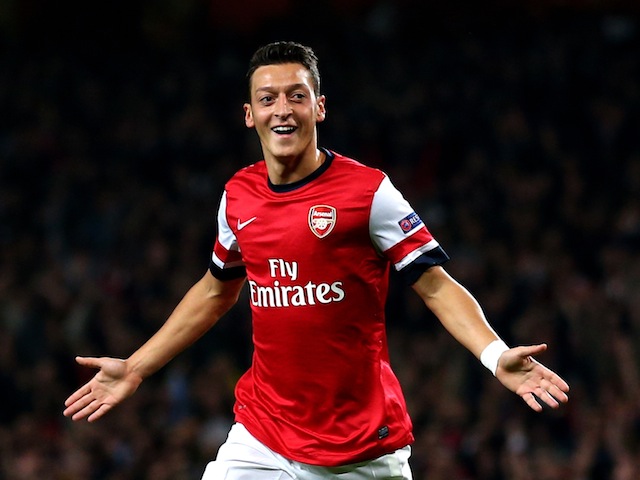 Has Mesut Ozil got his magic back?

So much has been written about the struggles of Arsenal and its star midfielder Mesut Ozil this season, you’d think the team was contending for last place in the English Premier League and the 25-year-old German Muslim had forgotten how to find the back of a net. It’s not so bad. Arsenal is in fourth place after Monday’s 3-0 win over Newcastle — in pretty good shape to qualify for the Champions League — and Ozil has created a team-high 69 chances to go with his five goals in EPL play this season.

Meanwhile, Ozil’s Arsenal teammate, defender Bacary Sagna, has had his name tied to more free-agency rumors this year than LeBron James back in 2010. (OK, maybe not that many, but it’s close.) The latest word on the street has Sagna, a Muslim from France whose Arsenal contract runs out this summer, close to joining Fenerbahce of the Turkish Super Lig while potential doubling his salary.

Amir Khan isn’t fighting for a world championship when he faces welterweight Luis Collazo this Saturday in Las Vegas; he’s fighting for the chance to be Floyd Mayweather Jr.’s next opponent. Fighting Mayweather would meab a title shot for Khan, the biggest payday of his career, and a chance for the British Pakistani Muslim to make history by handing Mayweather the first loss of his career — if in fact Mayweather is still undefeated following his own Saturday night match against Marcos Maidana on the same card.