Money and fame are no substitute for respect 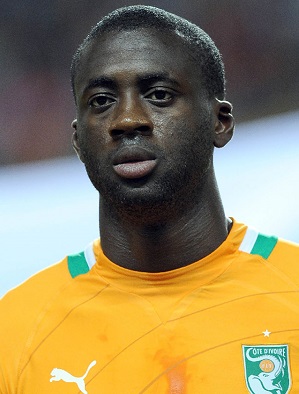 One thing that unites sports fans of all economic standing — from the poor to the working-class to the rich — is that they don’t want to hear a talented, physically gifted and well-paid athlete complain about … well, anything.

And for an athlete to complain about not feeling appreciated? That ranks near the bottom of the list of things for which fans can generate patience and understanding.

So when Manchester City midfielder Yaya Toure — a Muslim brother from the Ivory Coast who is one of the English Premier League’s top players — said a few weeks ago that he and other African soccer stars in Europe don’t receive enough attention from the media, the feedback was predictably unsympathetic.

Toure added that while Argentine superstar Lionel Messi is recognized all over the world, Africa’s top players — such as Samuel Eto’o (Cameroon) and Didier Drogba (Ivory Coast) — are not as popular because they don’t get as much exposure.

“I am very proud to be African. I want to defend African people and I want to show to the world that African players can be as good as the Europeans and South Americans,” Toure said.

Soon after that interview, Toure lost the Premier League’s Player of the Year vote to Liverpool striker Luis Suarez of Uruguay. Had he won, Toure would have been the first African player to ever win the award.

Whether he’s right or wrong in his views (I think he’s right), Toure will have a hard time convincing a lot of sports fans to see his side of things. He’s already fighting an uphill battle by having brought up the uncomfortable topics of racial, ethnic and cultural biases, which means many will automatically write his opinions off as just another Black man “playing the race card.”

(Sidenote: What exactly is the “race card,” by the way? To be totally honest, I’ve only heard the term used by people of privilege whose definition seems to lean toward, “You’ve brought up the possibility that this situation has racial undertones, and I don’t want to admit you might be right because discussions about race make me uncomfortable, so I’m just going to say you’re ‘playing the race card.’ Then maybe I’ll switch the subject to how unfair it is that Black rappers say the N-word but I can’t.”)

And that Toure is reportedly the sixth-highest paid soccer player in the world — he signed a five-year, $93 million contract to join Man City in 2010 — further alienates him from the masses.

Now, it must be mentioned that Toure shouldn’t be concerned with something as trivial as media attention if his aim is simply for individual glory and not to achieve a greater good. There’s nothing wrong with an activist trying to bring media attention to a cause that the public needs to know about; there is something wrong with trying to bring media attention to yourself just because you want attention. As one of the companions of the Prophet Muhammad, Bishr ibn Al-Haarith, once said: “The (person) that loves fame has not feared Allah.” He also said: “Don’t act in order to be mentioned, and hide your good deeds like you hide your bad ones.”

I can’t speak personally to Toure’s intentions — if he is seeking personal glory or is rallying for the cause of African soccer players as a marginalized minority — but I can say that his salary shouldn’t disqualify him from being taken seriously when he expresses a vulnerability. Feeling underappreciated, feeling overlooked, feeling ignored … that is something to which anybody in any tax bracket should be able to relate.

Money is no substitute for respect. Just ask any player on the Los Angeles Clippers. Some of them make eight-figure salaries, but as we’ve learned lately, are still viewed by team owner Donald Sterling as nothing more than nicely-dressed slaves.

You don’t have to be a religious person to understand the concept of sympathy and empathy for others. You might not agree with them, but you can at least make an attempt to see where they’re coming from. You can try to put yourself in their shoes.

Treating others with kindness and compassion — even those who may be higher (or lower) on the economic totem pole — is something that Allah commands all of us to do. And it’s easier to do when you realize money does not buy happiness and contentment, and that the problems of the wealthy are often the same as the problems of the poor (just wrapped in a more expensive package), and that being truly rich has nothing to do with money.

Another passage from the Quran reads: “O you who believe! Let not some men among you laugh at others: it may be that the latter are better than the former: nor defame nor be sarcastic to each other, nor call each other by offensive nicknames: ill-seeming is a name connoting wickedness, to be used of one after he has believed: and those who do not desist are indeed doing wrong.” (49:11)

Among the highest-paid members of society, athletes might get the least leeway. Too often we forget that athletes are real people. We treat them like trading cards — just names on a fantasy team roster who play the game absent of the same emotional ups and downs we experience everyday at our “normal” jobs. So when a man like Yaya Toure says he doesn’t feel appreciated, too many of us don’t consider it a possibility because, well, how can you be underappreciated with $93 million?

But there’s something wrong with us if we cannot even hear what a man is saying just because he makes a lot of money and is blessed with a lot of talent.