‘Indeed we belong to Allah, and indeed to Him we will return’ 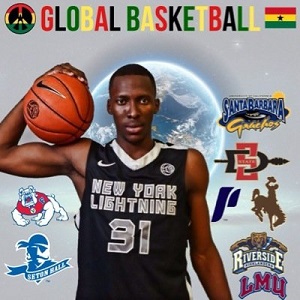 In the course of one week, the deaths of two Muslim athletes — one a legend in his sport, the other just starting to build a legacy in his — made sports page headlines in the U.S. and around the world.

On August 18, seven-time British Open squash champion Hashim Khan passed away at his home in Aurora, Colo. Khan, a native of Pakistan whose exact birth date was in question throughout his career, was believed to be 100 years old. On August 23, high school basketball star Abdul Razak Shanun died when he drowned in Mission Bay, Calif., in a kayaking accident. Shanun, a native of Ghana who was being recruited by NCAA D-1 colleges like San Diego State, Seton Hall and Fresno State, was just 17 years old.

There is something about the death of an athlete that makes us sit up and take notice. And it’s not simply due to the celebrity factor, because many of the athletes whose deaths grab our attention — such as Kent State University offensive lineman Jason Bitsko, found dead in his off-campus apartment on August 20, just days before the start of the college football season — are not celebrities. There are amateur-level non-celebrity actors and singers who die each day, and yet their stories don’t resonate with the public like the death of an athlete.

I believe it’s because when an athlete dies, it forces even the most healthy among us to confront our own mortality.

For the most part, athletes are the healthiest people we know. They are our best example of prime physical conditioning; the tallest, strongest, fastest and toughest among us. We are taught that this world is about survival of the fittest, so what does it mean when our most fit individuals perish?

One doesn’t have to be Muslim, or religious at all, to acknowledge the truth of the beginning of surah 3:185 of the Quran: “Every soul will taste death…”

Whether you are a 6-foot-8 teen basketball prodigy who can dunk over everybody in the gym, or a middle-aged squash master schooling elite younger competition (Khan won his first British Open title at 37, his last at 44) your body is going to fail you someday.

“And We will surely test you with something of fear and hunger and a loss of wealth and lives and fruits, but give good tidings to the patient, who, when disaster strikes them, say, ‘Indeed we belong to Allah, and indeed to Him we will return.'” (Quran 2:155-156)

Conventional wisdom says the death of a 17-year-old is a bigger tragedy than that of a 100-year-old — mainly because the 100-year-old has already exceeded our expectations of what a life should be, while the 17-year-old was still trying to live up to those expectations. Many will say that Hashim Khan lived a “full life,” whereas Abdul Shanun’s life was cut short before his prime.

But in the eyes of Allah, a full life is not measured in number of years, but in our deeds and our recognition and worship of Him.

We can say the life of Abdul Shanun ended too soon. He never got the opportunity to play during March Madness, to graduate from college, to play in the NBA or professionally overseas. It may seem cruel and unfair to us that someone so young didn’t have a chance to achieve those things he clearly had the potential to achieve. However, if in Shanun’s 17 years he set himself on a path to Jannah, to paradise for eternity in the afterlife, what more could he have asked for? Not one day is guaranteed to us, which is why 17 years is truly a blessing.

On August 12, eleven days before his death, Abdul Shanun tweeted, “ALHAMDULILLAH for today & In Sha ALLAH for my future.” Praise be to Allah for today and, God willing, for the future. This young brother got it.

On August 23, the last day of his life on this earth, Abdul Shanun tweeted, “Thank God for a beautiful day.”