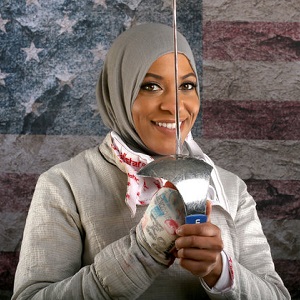 Realistically, Ibtihaj Muhammad is more famous for the hijab covering she wears on her head than the sabre she wields in her hand — something she does expertly enough to have earned a spot on the United States fencing team for the 2016 Olympics in Rio de Janeiro, Brazil.

Fencing has been an Olympic sport literally since the beginning of the modern Olympics in 1896, but it is not exactly popular with mainstream sports fans, especially in the U.S. Muhammad, a 30-year-old graduate of Duke University, has gained notoriety as the first Muslim woman to compete for the U.S. internationally in the sport. And this summer in Rio, she will become the first U.S. Olympian to compete in any sport while wearing hijab.

And so it may have been surprising for an Olympic sports fan — and at the same time, not surprising for any Muslim American — to see this series of tweets sent by Muhammad on Saturday at the South By Southwest (SXSW) music festival in Austin, Texas: 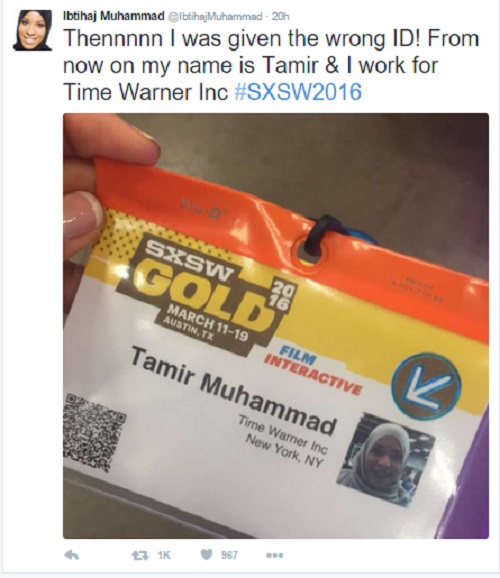 This isn’t about fame, however.

As accomplished as Muhammad is in her sport, and as much as she has been making headlines in recent years — she also has endorsements with high-profile companies like Visa and American Airlines — she is not as well-known as American female athletes like Serena Williams or Danica Patrick.

This isn’t a “Don’t you know who I am?” issue. This is a respect issue that shouldn’t have happened to any Muslim woman. It just so happened to involve one of the most famous Muslim women in the country.

In a public statement, SXSW officials said: “It is not our policy that a hijab or any religious head covering be removed in order to pick up a SXSW badge. This was one volunteer who made an insensitive request and that person has been removed for the duration of the event. We are embarrassed by this and have apologized to Ibtihaj in person, and sincerely regret this incident.”

Speaking to the crowd later at the SXSW event she was invited to attend, a panel discussion titled “The New Church: Sport as Currency of American Life,” Muhammad said: “I had a crappy experience checking in. Someone asking me to remove my hijab isn’t out of the norm for me. … Do I hope it changes soon? Yes, every day.”