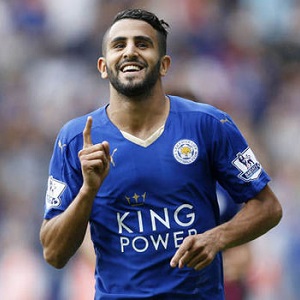 He ended the season by helping Leicester City win the club’s first-ever championship in England’s Premier League, helping the Algerian national team qualify for next year’s African Cup of Nations tournament, being named Player of the Year in England by the Pro Football Players’ Association, and finishing seventh in the voting for the Ballon D’or international player of the year award.

Earlier this week, he picked up another honor. Mahrez, a 25-year-old practicing Muslim whose parents are of Algerian and Moroccan descent, won the BBC African Footballer of the Year award for 2016.