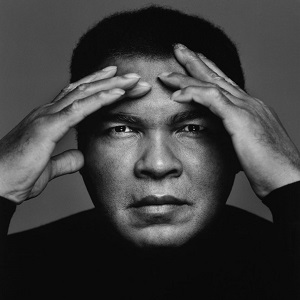 The former three-time world heavyweight boxing champion, who rightfully counted “The Greatest” among his many nicknames, passed away Friday at the age of 74 surrounded by his family in Phoenix, Ariz.

Ali was diagnosed with Parkinson’s disease in 1984, just three years after the final fight of his illustrious ring career. As the years and decades went by, the man whose fast feet and loud mouth made him one of sports’ first real megastars moved increasingly slower and spoke increasingly softer, however his passion for social justice and human equality never subsided.

He had very recently spoken out against the un-American views of U.S. presidential candidate Donald Trump, and he publicly advocated for Iran’s government to release an imprisoned American journalist. During his life Ali was named a messenger of peace by the United Nations, he was awarded a presidential Medal of Freedom, and he won Amnesty International’s lifetime achievement award. Just this past January, he was one of the eight sports figures to make “The Muslim 500” list of the world’s most influential Muslim individuals.

With all due respect to NBA all-time leading scorer and prolific author Kareem Abdul-Jabbar, Ali was the face of Islam in sports.

In 1964, the same year he defeated Sonny Liston for his first world heavyweight title, Ali converted to Islam and changed his name from Cassius Clay. At the time, he considered Malcolm X a friend and mentor. Ali joined the Nation of Islam.

Ali stood behind his religious beliefs when he refused to join the U.S. military and fight in the Vietnam War, a stance that cost him three years of his boxing career while fighting the U.S. government in court.

In the mid-1970s, Ali disassociated himself with the Nation of Islam and embraced traditional Sunni Islam. During and after his boxing career, he remained an ambassador for Muslims around the globe, and a hero in the fight to end racial and religious discrimination and intolerance.

“Outside the ring — what he stood up for, what he believed in, what he sacrificed for — gave every minority hope,” Hall of Fame boxer “Sugar” Ray Leonard told USA Today.

During a boxing career that spanned 21 years, Ali compiled a record of 56 wins and five losses, with 37 knockouts. He defeated some of the toughest and most talented heavyweights in the history of the sport, a list that includes Liston, Archie Moore, Floyd Patterson, Bob Foster, Ken Norton, Joe Frazier, George Foreman, Earnie Shavers and Leon Spinks. In addition to his three world titles, Ali also won a gold medal at the 1960 Olympics.